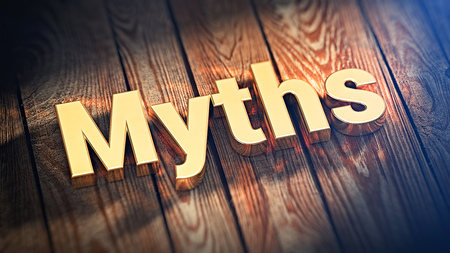 For years, the majority mulch on playgrounds was of the wooden variety. Nevertheless, today, rubber playground mulch has become a lot more popular. You’ll find rubber mulch underneath of swing sets, monkey bars, jungle gyms, and so much more. However, despite this, there are still some myths out there that are holding some communities back from fully embracing rubber playground mulch. Take a look at a few of those myths below.

Wooden mulch obviously looks more natural than rubber mulch, so some people are under the impression that rubber mulch is a bad choice if you want to pick the most eco-friendly mulch. This couldn’t be further from the truth, though. Most rubber mulch is made out of recycled products, which makes it a whole lot more environmentally friendly than you might think.

Myth #3: Rubber mulch is more expensive than other mulch.

There are so many benefits of rubber mulch that you’ll get to enjoy when you use it. Rather than buying into the myths mentioned above, learn more about those benefits and take advantage of all rubber mulch has to offer. Call Rubber Safety Playgrounds at 630-330-6589 today to obtain a free quote on rubber playground mulch.